What’s your philosophy? One philosopher tells a story that when he gets this question at parties, he answers “Never wait for another beer,” and heads for the fridge to get one. Professional philosophers often feel that what they do is hard to explain to the public. Bertrand Russell: “The point of philosophy is to start with something so simple as not to seem worth stating, and to end with something so paradoxical that no one will believe it.”

The questions and answers from philosophers can seem impenetrable to most people, and not worth the bother. Yet doesn’t everyone have some kind of an outlook on life? Religions have provided the organizing principles throughout history, and for most people still do today. God created the universe and loves you. You have an immortal soul. Comforting. But can religion really explain what it is supposed to explain? Even more critically, are its claims true? For most scientists and philosophers, religion is not part of the current discussion. Where does that leave us?

Most non-religious people vaguely endorse something we might call Secular Scientific Humanism. God is out, science is how we know things, and human rights are self-evident (or something). “We hold these truths to be self-evident: that all men are created equal; that they are endowed by their Creator with certain unalienable rights; that among these are Life, Liberty, and the pursuit of Happiness.” Now we would skip “endowed by their Creator” and stick with “self-evident.”

Being scientific may well entail being secular. But how do you get human rights out of science? And if you can’t get them from science, where do you get them? The idea is that you can’t derive “ought” from “is”. And there is only “is”. Therefore, there is no “ought”, though there ought to be.

Several recent books with a scientific outlook attempt to address the problem, or at least soften the blow. Sean Carroll has poetic naturalism in The Big Picture: On the Origins of Life, Meaning, and the Universe Itself (just out in paperback and mentioned in NYT blog https://www.nytimes.com/2017/07/31/opinion/the-universe-doesnt-care-about-your-purpose.html ), Christof Koch is a romantic reductionist in Consciousness: Confessions of a Romantic Reductionist, and Alex Rosenberg goes for nice nihilism in The Atheist’s Guide to Reality: Enjoying Life Without Illusions. All three are well written and thought provoking. Carroll and Koch are top scientists. Rosenberg is a philosopher whose enthusiasm for science is boundless. All three are pitched to a non-technical audience but make serious points worth studying. Science presses our ordinary conceptions ever harder and ignoring the challenge won’t make it go away. Nihilism awaits.

In his darkly satirical novel Submission, Michel Houellbecq suggests the crisis is imminent:

“The fact is, most people live their lives without worrying too much about these supposedly philosophical questions. They think about them only when they’re facing some kind of tragedy—a serious illness, the death of a loved one. At least, that’s how it is in the West; in the rest of the world people die and kill in the name of these very questions, they wage bloody wars over them, and they have since the dawn of time. These metaphysical questions are exactly what men fight over, not market shares or who gets to hunt where. Even in the West, atheism has no solid base.” p204

Houellebecq treats the problem as if the West—France in particular— has simply become tired of life. Decadent, degenerate and bored. Sort of like the Roman Empire, vulnerable to young barbarians. He suggests that Secular Scientific Humanism is failing to provide the sense of purpose people need. “That’s why atheistic humanism—the basis of any ‘pluralistic society’— is doomed.”

…the mobs we’ve seen on a lot of college campuses. We all have our theories about why these moral crazes are suddenly so common. I’d say that radical uncertainty about morality, meaning and life in general is producing intense anxiety. Some people embrace moral absolutism in a desperate effort to find solid ground. They feel a rare and comforting sense of moral certainty when they are purging an evil person who has violated one of their sacred taboos.

“How did we get to this place?” asks Terry McAuliffe, governor of Virginia, after racist brutality in Charlottesville. The consensus odds of civil war—or at least widespread political violence—is 35% according to Thomas Ricks in Foreign Policy. http://foreignpolicy.com/2017/03/07/will-we-have-a-2nd-civil-war-you-tell-me

The bankruptcy of the West is demonstrated by the Michel’s dissolute life—“in the end, my dick was all I had” p79—  his lack of purpose, his casual attitude toward suicide.  “Should I just die? The decision struck me as premature.” p153 If you have no purpose, why bother living? Only our hard-wired biological imperatives keep us going.  Houellebecq implies that Secular Scientific Humanism cannot work, and that the only alternative is to retreat back into religious fundamentalism. And why not make it Islam?

OK, that’s not a good option either. What is? The need for philosophy has never been greater. 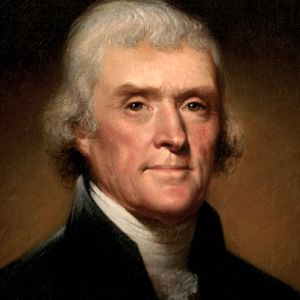