Hubert Dreyfus was professor of philosophy at UC Berkeley from 1968 until his death last April. He was an inspiration to generations of students, with an engaging and enthusiastic talent for teaching. Students loved him, and they even made a movie about him, “Being in the World”. He was a leading scholar of Maurice Merleau-Ponty and, especially, Martin Heidegger, and well known as a critic of artificial intelligence.

I took a course he gave in 1972, “Existentialism and Phenomenology”. Dreyfus was already famous for his terrific lectures and the enrollment for the course was huge, given the esoteric subject matter. I still have my copy of Heidegger’s Being and Time. For some reason, I wrote the the date “Jan 15, 1972” in it. The class was a revelation, and started a life-long love of philosophy.

Professor Dreyfus was extremely generous with his time even with beginning students. I remember visiting him during his office hours and asking what must have sounded to him like routine question. He patiently gave a standard answer. Then I said something like, “yes but what about…”, referring to some goofy idea I had, and he replied so enthusiastically that it made me feel “I can do this”. An illusion, but a pleasant one.

One of his students, Sean Kelly, now professor of philosophy at Harvard, in Daily Nous:

During Dreyfus’ long tenure at Berkeley, he was an enormously influential and much-beloved teacher. His undergraduate classes were filled to overflowing, and even his graduate seminars were standing room only. Dreyfus’ teaching style was unique. Like Kierkegaard, a philosopher whom he revered, Dreyfus believed that teaching is learning. He refused to teach any text that he felt he already understood sufficiently well, and much of his time in the classroom involved not only getting the students to the edge of his understanding but, crucially, soliciting from them and discussing with them their suggestions for ways forward. Because his basic topic was the phenomena of human existence, he believed that any living human being had the resources to contribute to the conversation. Because the history of philosophy had covered up these basic phenomena, he believed that the naïve freshman was just as likely to see the way forward as, or perhaps even more likely than, even the most seasoned graduate student or colleague. His courses were genuine, live conversations in which everything was always on the line. They were electrifying… Charles Taylor has said that Dreyfus makes “Heidegger accessible to the English speaking reader as never before,” and Richard Rorty claimed that his very “acquaintance with European philosophy owes almost everything to Dreyfus.” http://dailynous.com/2017/04/24/hubert-dreyfus-1930-2017/

Kelly published a beautiful remembrance in the the NY Times on Christmas day. “Waking Up to the Gift of Aliveness” http://www.nytimes.com/2017/12/25/opinion/aliveness-waking-up-holidays.html?comments#permid=25337427   Kelly’s discussion of ‘aliveness’ sounds a bit like he’s sneaking some real philosophy into a heart-warming story, maybe echoing Dreyfus on “authenticity” in Heidegger. Suppose you feel your life has become too routine.

There are at least two natural, but equally flawed, responses to this announcement: constantly seek out newness or look for a stable, deeper meaning to your existing routine. In the 18th century, these responses were centered in Italy and Germany, respectively. Their descendants persevere today.

The Italian — Casanova was the paradigm — decides that what is missing from his life is spontaneity: He has died within his routine because it kills all his natural desires. To become alive again, he commits himself passionately to following his desires, take him where they may. He takes on many lovers — thrilling, consuming affairs! — but eventually he leaves each one for the next; he lives in the moment without a care for his past commitments or his future possibilities. His life moves from one raw excitement to another. Eventually, however, he becomes isolated, inconstant and unmoored. He hurts those around him. He becomes incapable of genuine connection with anyone and unsure of who he really is. He despairs.

The German takes a different approach. Shall we call him Kant? He decides that what is missing is a reason for his routine. He seeks it out. He tells himself a story, one that delivers a meaningful justification of his daily life. And then he enters into the routine once again, determined this time to live in the knowledge that no matter how deadening it becomes, it is justified and therefore must be pursued. It is his duty to do so. But even though he knows the why of what he is doing, he cannot escape the feeling that he is not living by doing it. The monotony re-establishes itself. He cannot escape the ruthless assertion of its insignificance. He despairs.

We see what these responses are aiming for — the aliveness they hope to achieve — by seeing how they ultimately fall short of their goal. To be alive is to have the passion of Casanova without its isolation, inconstancy and despair, or the resolute certainty of Kant, without its monotony and insignificance. Indeed, perhaps the best we can hope for is to point to the phenomenon in its absence: Aliveness is whatever is lacking when the monotony of the routine forces itself to the fore. But can we say something positive about what aliveness is?

This turns out to be tough. Kelly mentions how “every apparent source of aliveness disappears upon the inspection of it — the ground of aliveness recedes from view.” The best he can say is that “When you really feel alive, your past, your present and your future somehow make sense together as the unity they have always promised to be.”

Kelly and Dreyfus develop these hints in the bestseller they wrote together, All Things Shining: Reading the Western Classics to Find Meaning in a Secular Age (2011), which

aims to focus and revivify an experience of the sacred that is fitting for our “secular age.” It finds in the great works of the West radically different philosophical understandings of what matters intensely in a life, and attempts to appropriate these for the modern world. The basic premise of the book is that the modern view—that the individual agent’s free choice alone determines what matters—is fundamentally mistaken.

Professor Dreyfus’ discussions of philosophical issues in literature and film in his podcasts have “drawn a worldwide audience” http://philosophy.berkeley.edu/people/detail/12

Heidegger is notoriously difficult to read—Dreyfus told us that was a good pace for reading Being and Time was five pages an hour (the book is 488 pages)— and these days I don’t try. Now my approach is… just give it to me straight, simple as possible, and in English. This leads me more toward Anglo-American “analytic” philosophy than to contemporary German and French “continental” philosophy, and puts me more in touch with the bulk of the work being done in the philosophy department at Berkeley and just about every other university in Britain or the US.  For example, Brian Leiter’s blog http://leiterreports.typepad.com/blog/2017/04/the-most-important-western-philosophers-of-all-time.html polled his largely academic readership for the 30 “most important Western philosophers of all time”. Neither Merleau-Ponty, nor Heidegger made the list. Reports in recent years tying Heidegger more closely to the nazis don’t help. https://opinionator.blogs.nytimes.com/2014/07/20/a-fight-for-the-right-to-read-heidegger/

The traditional analytic vs continental split is given a different twist by Avishai Margalit, as explained by Michael Walzer:

“Margalit is very good at i.e.-ing (as this distinction, and many others, demonstrate), but he is fundamentally an e.g. philosopher. For one thing, he doesn’t use “stylized” hypotheticals (the trolley problem, the fat man on the bridge) to advance his arguments; instead, he argues through stories taken from history, literature, and his own life. But the e.g. preference doesn’t have to do only with method; it also shapes the content of Margalit’s books. He is immensely learned and analytically skillful, but he writes about what I think of as down-home topics. He is a philosopher indeed, though none of his subjects are common in the literature of academic philosophy….

“The range of Margalit’s examples is astonishing, and since it is central to his overall philosophy, I want to illustrate it. Here is a list of the events, people, and books that he mentions (some of them briefly, some discussed at length) between pages 85 and 141 of On Betrayal: the Donatists in North Africa in the time of Augustine, Dona Flor in Jorge Amado’s novel Dona Flor and Her Two Husbands, Oedipus Rex, Napoleon on his way to Moscow, Theodor Fontane’s Effi Briest, S.Y. Agnon’s The Doctor’s Divorce, the Stasi files, the Anglican marriage rite, Mormon marriage, spy novels, Nelson Mandela, Pride and Prejudice, the book of Deuteronomy, Colin Powell and Tony Blair, an Israeli children’s song, Dante’s Beatrice, Julius Caesar, Anna Karenina, the Mossad, Bernard Madoff, and Carlo Ponzi. He’s not showing off; each example, however improbably, moves the argument along.   http://www.nybooks.com/articles/2017/05/11/avishai-margalit-does-betrayal-still-matter/

Dreyfus’ love of literature and film was so heartfelt it never seemed like showing off. He would have to be considered an e.g. kind of guy (maybe Sean Kelly too). My tastes these days are more in the “i.e.” direction—as small-minded as Walzer makes that sound. I like thought experiments like the trolley problem. I’m skeptical about how much art in general, or literature in particular, can solve philosophical problems. Is there really a philosophical idea that cannot be understood without extended discussion of Dostoyevsky, as Dreyfus did in class? A philosophical writer should state as simply as possible 1) what he believes to be the case, 2) the reasons he believes it, 3) why anyone else should agree with him. Why not?

In the preface to Ethics and the Limits of Philosophy (1985), Bernard Williams explains his “style”:

The philosophy of this book can no doubt be called, on some broad specification, “analytical,” and so is much of the recent philosophy it discusses. I take this to be, indeed, a matter of style, and the limitation it introduces comes only from the fact that style must to some extent determine subject matter. There is no distinctive subject matter of analytical moral philosophy, as compared with other kinds of moral philosophy. What distinguishes analytical philosophy from other contemporary philosophy (though not from much philosophy of other times) is a certain way of going on, which involves argument, distinctions, and, so far as it remembers to try to achieve it and succeeds, moderately plain speech. As an alternative to plain speech, it distinguishes sharply between obscurity and technicality. It always rejects the first, but the second it sometimes finds a necessity. This feature peculiarly enrages some of its enemies. Wanting philosophy to be at once profound and accessible, they resent technicality but are comforted by obscurity.

Heideggar is famously obscure and inaccessible. And yet… I’m not sure he was not on to something. Heidegger may be unreadable but Hubert Dreyfus is a fine writer. Reading more of him couldn’t hurt. 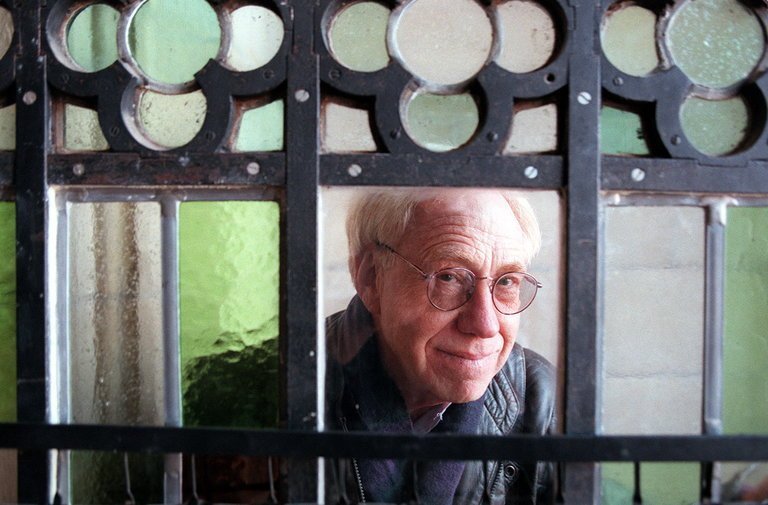