Do we have free will? Do we need it? What in the world is free will anyway? A few thoughts on a vast and ancient subject.

Free will is related to the idea of mental causation. The movements of your body are caused, at least partly, by your thoughts, feelings, desires, etc. Under normal circumstances, your mind controls what your body does. That’s common sense.

Let’s try an experiment. Place your hands at your side. Wait a few seconds. At a moment of your choosing, raise either hand.

Done? What are the results of the experiment? Did your right hand go up or was it your left? Which hand and at what moment was your free choice. It was your thought, “OK fine. I’ll raise my left… now!” that caused your left hand to go up at the moment it did. Or maybe you thought “I’m not going to start waving my hands around just because some silly blogger tells me to.” That’s fine too. The experiment is a resounding success no matter what you chose to do, or not do, as long as you did whatever you felt like doing. That’s your free will at work.

Or is it? Maybe neurophysiological processes in your brain caused what you did. Do you control the neurons firing in your brain? How do you accomplish that?

Massimo Pigliucci, Professor of Philosophy at the City University of New York, runs a fine blog “Footnotes to Plato”   https://platofootnote.wordpress.com/  On Fridays he puts out “suggested readings for the weekend”, usually short and entertaining articles. Recently, the list included an article from the magazine Psychology Today: “Benjamin Libet and The Denial of Free Will; How Did a Flawed Experiment Become so Influential?” by Steve Taylor, a regular contributor.  https://www.psychologytoday.com/us/blog/out-the-darkness/201709/benjamin-libet-and-the-denial-free-will

Benjamin Libet was a researcher in neurophysiology for nearly 50 years at the University of California, San Francisco. In the 1980s, he conducted a series of experiments, which have become famous and have attracted a great deal of attention from both philosophers and scientists. (see, for example, http://www.nybooks.com/daily/2017/06/17/consciousness-whos-at-the-wheel/) Taylor describes the basic set-up:

Benjamin Libet conducted experiments that seemed to show that the brain “registers” the decision to make movements before a person consciously decides to move. In Libet’s experiments, a participant would be asked to perform a simple task such as pressing a button or flexing their wrist. Sitting in front of a timer, they were asked to note the moment at which they were consciously aware of the decision to move, while EEG electrodes attached to their head monitored their brain activity. Libet showed consistently that there was unconscious brain activity associated with the action – a change in EEG signals that Libet called “readiness potential” – for an average of half a second before the participants were aware of the decision to move. This experiment appears to offer evidence of Daniel Wegner’s view that decisions are first made by the brain, and there is a delay before we become conscious of them – at which point we attribute our own conscious intention to the act.

So you do not have free will after all. Your choice to raise your hand was made by your brain, before you had a conscious intention to do anything. Your brain sent out neural impulses to your arm, and up your hand went. Your thoughts had nothing to do with it. Your feeling of having made a choice is an illusion.

Libet’s experiments upset people. Not only do they seem to refute free will, they seem to cast doubt on the notion that that there is any person, any “self”, that could be calling the shots. As BQTA contributor Rick Lenon puts it:

At some level we all want to believe that it’s a “me” that’s making the decision.  But “me’s” are conscious, so if it’s not conscious, it’s not me. Most people are uncomfortable with the idea that their brain knows what they are going to do before they do.

Taylor makes some valid points about the limitations of what Libet proved. Can the subjects be trusted to record accurately the moment when they feel the impulse to act, down to a tenth of a second? Has Libet shown conclusively that the brain activity preceding the feeling—“readiness potential”— has anything specifically to do with the feeling or the action?  Not really. There simply is not enough known about how the brain works to make that sort of claim. Brain activity occurs throughout our lives. So every feeling and action is preceded by brain activity. The problem is to show that the identified “readiness potential” is the making of the decision before conscious awareness. Others, such as Dan Dennett, have made similar criticisms.

These criticisms do not make Libet a “flawed experiment”, however. It was a fascinating start, not yet conclusive, which is typical of good science. Eventually neurobiology will be able to show which brain activity causes what feelings and actions.

How do we know that neurobiology will ultimately succeed? Because as a philosophical matter, every physical event (pushing a button) must have a physical cause (brain activity). W. V. O. Quine: “nothing happens in the world, not the flutter of an eyelid, not the flicker of a thought, without some redistribution of microphysical states…. physics can settle for nothing less”. (Theories and Things Harvard University Press 1981 p. 98) What physics cannot settle for is not something proven by physics; it’s more like a presupposition or axiom. Philosophy rather than science itself. (Critics would call this a matter of faith, not science.)

In that sense, neuroscience cannot prove we do not have free will. That’s because the discovery of free will or the self is not a possible outcome of the experiment. No experiment by Libet or anyone else will result in researchers exclaiming “Wow, there’s that free will after all! No brain activity has anything to do with our decision making!” Neuroscience assumes that brains cause everthing we think or do, and that assumption is not falsifiable. If the current state of science has not nailed down the specifics, that’s not regarded as a sign of free will. We just need more research.

The denial of free will is one of the major principles of the materialist worldview that dominates secular western culture. Materialism is the view that only the physical stuff of the world – atoms and molecules and the objects and beings that they constitute – are real.

Sean Carroll, physicist at Cal Tech who is as dedicated to the scientific worldview as anyone, likes the term “Naturalism”, which sounds nicer than “materialism”:

Over four centuries of scientific progress have convinced most professional philosophers and scientists of the validity of naturalism: the view that there is only one realm of existence, the natural world, whose behavior can be studied through reason and empirical investigation. The basic operating principles of the natural world appear to be impersonal and inviolable; microscopic constituents of inanimate matter obeying the laws of physics fit together in complex structures to form intelligent, emotive, conscious human beings.

Free Will: If people are collections of atoms obeying the laws of physics, is it sensible to say that they make choices? https://www.preposterousuniverse.com/naturalism2012/

Materialism is a monist view—only one kind of stuff is real, the physical stuff—as opposed to dualism, which holds that there are two kinds of stuff: physical and mental. No scientists (and few philosophers) proudly proclaim to be dualists, yet the view that there is mental stuff distinct from the physical is surprisingly resilient. Though Carroll says “there is only one realm of existence”,  his definition of naturalism is broad enough to include some forms of dualism.

Materialism developed as a philosophy in the second half of the nineteenth century, as the influence of religion waned. And right from the start, materialists realized that the denial of free will was inherent in their philosophy. As one of the most fervent early materialists, T.H. Huxley, stated in 1874, “Volitions do not enter into the chain of causation…The feeling that we call volition is not the cause of a voluntary act, but the symbol of that state of the brain which is the immediate cause.” Here Huxley anticipated the ideas of some modern materialists – such as the psychologist Daniel Wegner – who claim that free will is literally a “trick of the mind”… our sense of making choices or decisions is just an awareness of what the brain has already decided for us. When we become of aware of the brain’s actions, we think about them and falsely conclude that our intentions have caused them.

However, Huxley was famously an epiphenomenalist, which is a form of dualism, not materialism.

If the reality of property dualism is not to be denied, but the problem of how the immaterial is to affect the material is to be avoided, then epiphenomenalism may seem to be the answer. According to this theory, mental events are caused by physical events, but have no causal influence on the physical. https://plato.stanford.edu/entries/dualism/#Epi

John Heil explains how epiphenomenalism is a form of dualism:

Property dualism can be developed in various ways. According to Epiphenomenalists – T. H. Huxley (1825–1895), for instance – mental occurrences are by-products of brain processes. They resemble squeaks made by a complex machine that play no role in the machine’s operation. When you bark your shin, you feel a pain. This feeling is a result of a chain of events in your nervous system leading from your shin to a region of your brain. In the simplest case, the neurological event that “gives rise to” your painful sensation also produces bodily motions that might otherwise be thought to be caused by the sensation. Conscious states and bodily motions are correlated, not because consciousness is causally efficacious, but because conscious states and bodily motions have common causes… The production of conscious experiences is caused by physical processes in the brain, but how is this supposed to work? What exactly is involved in the production of a non-physical event? (BQTA The Mind-Body Problem, part I)

Huxley was as much opposed to free will as any materialist. So maybe the distinction doesn’t matter. Where does Libet fit in? Per Taylor,

It’s mystifying that such a flawed experiment [as Libet’s] has become so influential, and has been used so frequently as evidence against the idea of free will. The reason why the experiment has been so enthusiastically embraced is surely because its apparent findings fit so well with the principles of materialism. It seems to prove what materialism implies: that human beings are automatons.

What upsets people about Libet is not materialism, which is nowhere to be found, but rather Libet’s epiphenomenalism, which nobody can accept.

Where does this leave free will? Can we defend it against the threat from neuroscience? 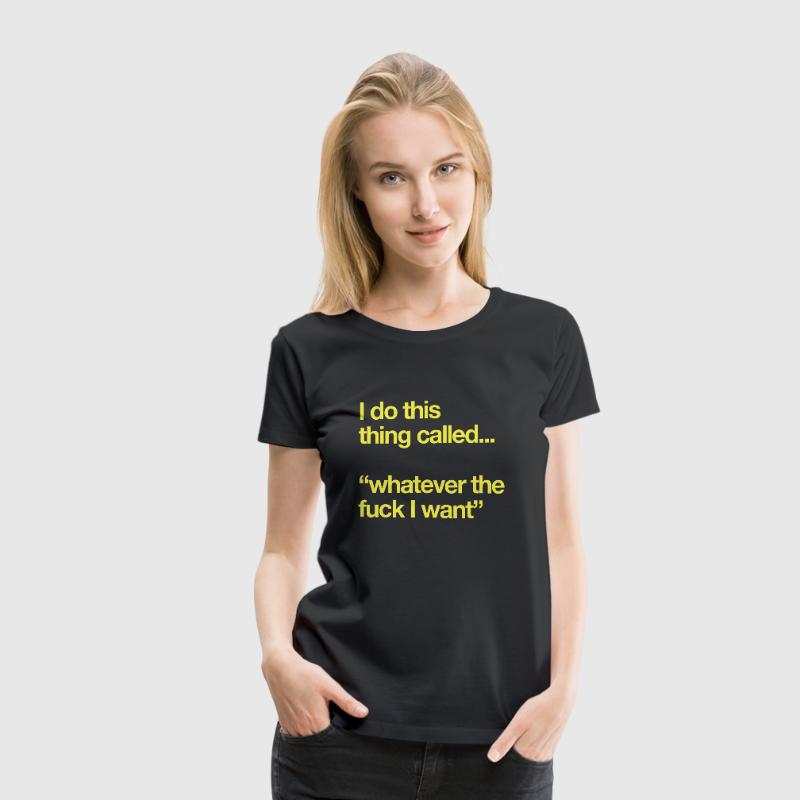